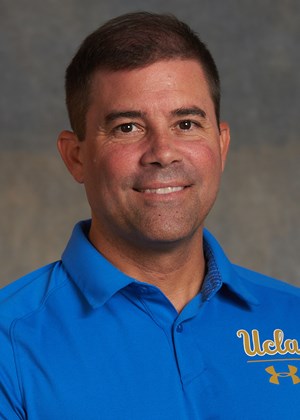 Tom enters his 22nd season as the head coach of the UCLA women's diving team, a program that has had much success since his tenure in Westwood began. Thirteen different Bruins have secured 27 All-American Honors in 16 different NCAA qualifying years.  The team has won seven Pac-12 Titles, five Newcomer of the Year awards, three Coach of the Year awards, and one of each: NCAA Diver and Coach of the Year award (2019).  Before coming to UCLA, Stebbins served as Head Diving Coach at Fordham University, where he coached two-time senior national qualifier Paul Delo, who won two Atlantic-10 titles each on the one-meter and three-meter (1997 and 1998).

Stebbins was a four year letter-winner at Yale University, a three-time NCAA Zone qualifier and a four-time All-Ivy League selection. While diving at Yale, he helped lead his team to the 1993 Ivy League co-title. In 1996 he won the Heaton High Point Award and was named the recipient of the Phil Moriarty MVP Prize. Stebbins graduated from Yale in 1996 with a degree in Psychology. A native of Connecticut, he now resides with his family in El Segundo.

The Stebbins Philosophy: "Luck sits squarely at the intersection of hard work and opportunity." Coach Stebbins believes that each person is in total control of creating her own luck. The LA Dive Club program stresses the need for the individual to be accountable to themselves, their teammates, their sport, and their studies.  Sport challenges individuals to be goal setters, plan implementers, and to develop resilience in the pursuit and achievement of these goals.  Diving is an amazing way to work through fears, develop self-efficacy, and experience the amazing successes that daily dedicated efforts provide.  The staff goal is to guide all of our athletes through this development.

Any program questions or concerns should be directed to Tom at bruindiving@yahoo.com. 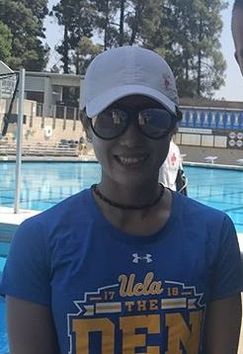 Wei begins her 3rd year with the Los Angeles Dive Club, as our Associate Head Coach in charge of the Competitive Team.  Wei  was a very accomplished diver and a Chinese National Team member.   Wei has experience coaching at the high school level, novice and JO Level.  Wei is USA Diving certified coach.
​
Wei will be assisting with all levels of the program, and brings with her outstanding levels of technical knowledge and a varied background.  A passionate and caring force, her impacts on the program have changed the trajectory of the athletes for the better.